I mean, if anything is worth me coming back to my blog, it’s Ezra Miller. He is just killing it! THIS is how you’re supposed to dress for the Met Gala when the theme is CAMP.

But let’s also appreciate how he turned it up for the Fantastic Beasts: The Crimes Of Grindelwald Premieres.

I mean… who else could pull this off?

I really can’t wait to see what he’ll be wearing next.

I loved this Giambattista Valli dress on Lily Collins who was one of the few attendees to the Met Gala to go with the theme of the night: Rei Kawakubo/Comme des Garçons. 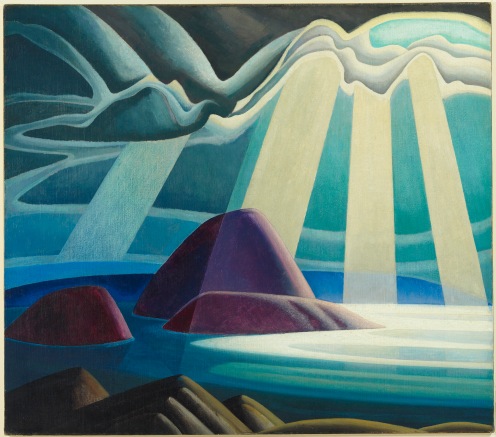 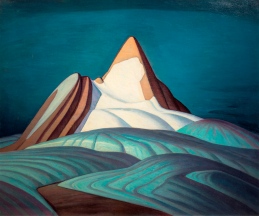 Nothing says Canadian art and Canadian landscapes to me like the Group of Seven. Their work and especially the work of Lawren Harris has been an inspiration since my art school days.

The Idea of North: The Paintings of Lawren Harris comes to Toronto via the Hammer Museum in Los Angeles where it debuted last year and went on to the Museum of Fine Arts, Boston. Its intent was to introduce the American audience to his work, as he, and the Group of Seven, are relatively unknown in the States. The show was co-curated by actor/writer/comedian/musician/art collector Steve Martin, Andrew Hunter, the AGO’s Fredrik S. Eaton Curator of Canadian Art, and Cynthia Burlingham, Deputy Director of Curatorial Affairs at the Hammer Museum.

For the media preview, we were treated to a short conversation between Andrew Hunter and Steve Martin and got a glimpse into how the exhibit all came together. A long-time collector, Martin said he was flipping through an art catalogue and a Lawren Harris painting caught his eye and he’s been a fan ever since.

Seeing the collected work of Lawren Harris was awe-inspiring. The iconic paintings of The Idealized North made me want to take up oil painting and go on an adventure into the northern wilderness to paint landscapes en plein air.

The Idea of North: The Paintings of Lawren Harris runs from July 1 to September 18 at the AGO.

Here is my latest assignment for MATS Bootcamp: a tarot card of the Hierophant. I wasn’t really into this assignment at first but after some research, I found different subjects to use. I was torn between Odin and Dumbledore. I still may do a Dumbledore in a Harry Potter deck in the future…

Here is another special assignment with Uppercase magazine for my MATS A self-paced class. This was done for the editorial market. We were supposed to illustrate our ideal wardrobe. Mine is definitely a comfy sweatshirt but also a DESIGNER sweatshirt (ha! – it’s Victoria by Victoria Beckham). It was so great to see everyone’s interpretation of the assignment.

I had the amazing opportunity to meet and sketch Coco Rocha when she came to Toronto to launch her FW 2017 collection of CO+CO. 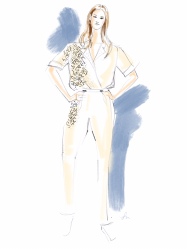 We illustrated Coco and another model wearing her Spring collection which is available now. The pieces are ‘sporty chic’ comfortable, everyday wear. Coco and her husband James Conran designed the collection together and James even designed the surface prints. Such a talented duo!

It was also my first opportunity to sketch on an iPad pro with the Apple Pencil using Procreate. Amazing, amazing products event and all I can say is Wow! did that really happen?!

Here’s some recent artwork from my MATS B classes that I’ve been taking over the last couple of month. I still have a few more assignments to go but that will be another blog post. The image above is from a special assignment for Uppercase magazine. How amazing is that?! Some lucky students will get to be in the magazine with their work featured.

A card I designed for the paper market

Graphics and patterns for the Baby Apparel market. I uploaded some of the patterns to Spoonflower here. 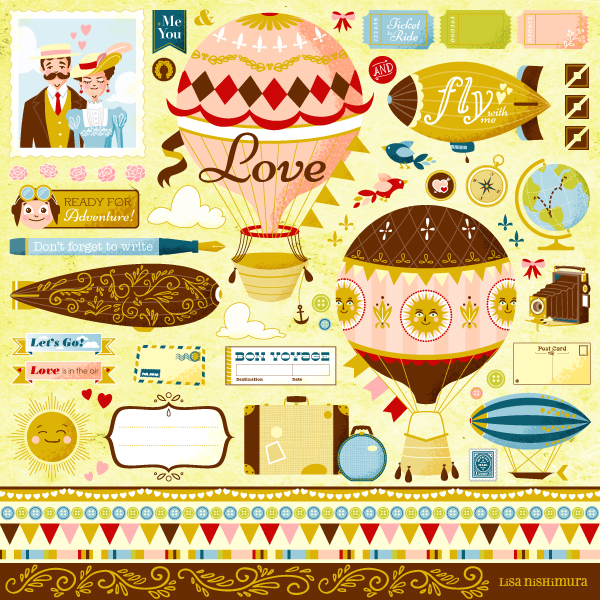 Some icons and borders for the Scrapbooking market

Here is my second assignment for Make Art That Sells Bootcamp. What a fun assignment: Lumberjacks as Christmas ornaments! You can see all the submissions for the assignment here.

And of course, I totally had fun looking at the eye candy for reference. I followed this board on Pinterest because it was just perfect.

All rights reserved. The material on this site may not be reproduced, distributed, transmitted, cached, or otherwise used, except with the prior written permission of the owner.

10% off your first order